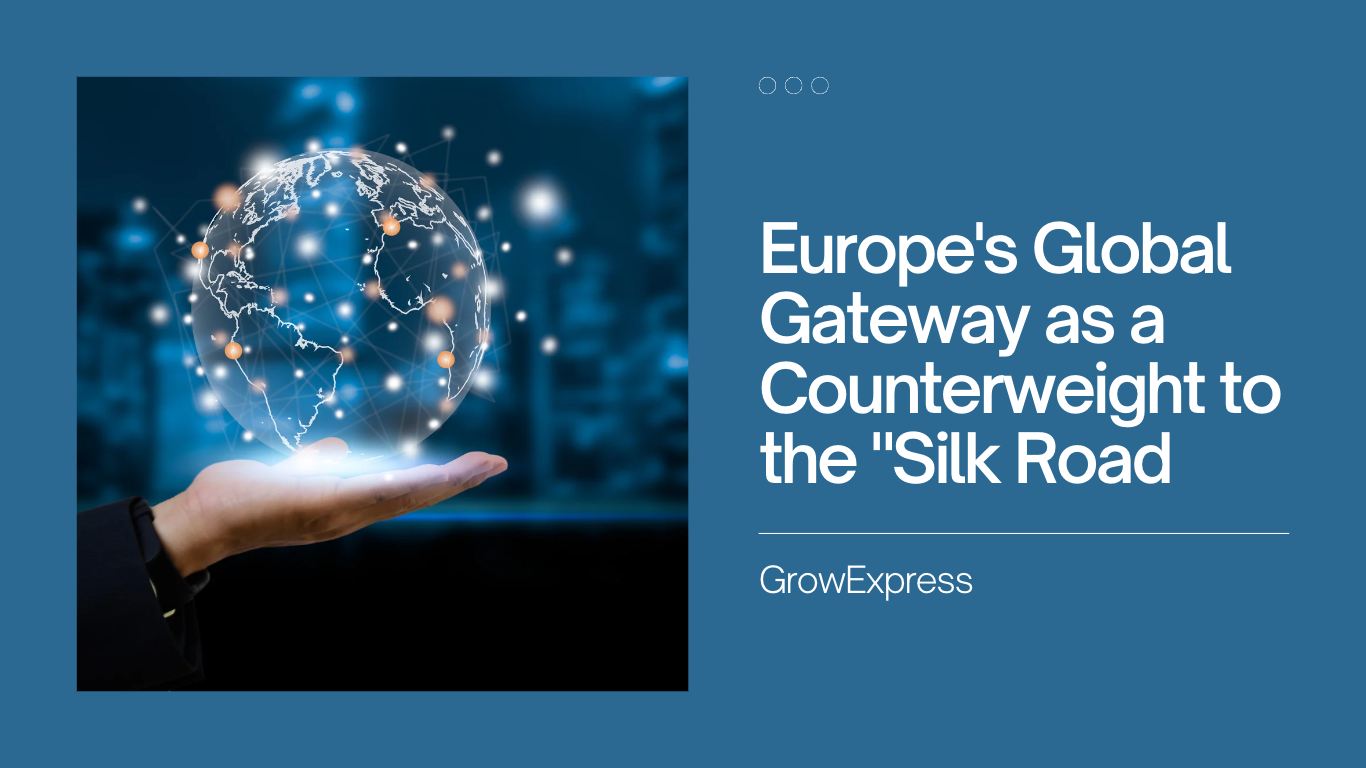 Europe’s Global Gateway as a Counterweight to the „Silk Road

Global Gateway as an infrastructure strategy of the European Union – Strengthening Africa through regional investment plans under the Global Gateway flagship initiative. Strengthening and geopolitical importance of the African continent and the African Union (AU). What is the scope of this project? In conversation with Erik Simon and Thomas Wegener, GrowExpress Ltd. Ibadan, Nigeria.

Infrastructure Program of the European Union – Investment Plan for Africa

The scope of the European Global Gateway amounts to 300 billion euros, which are to be invested in a wide variety of areas by 2027. Business and investment are the domain of Erik Simon, managing director of GrowExpress Ltd, which has been operating globally for decades. „In today’s world, independent and qualified advice to countries and institutions is becoming increasingly important to achieve short-, medium- and long-term goals and successes that contribute to improving people’s lives and on many levels,“ Erik Simon is convinced, which is why the European infrastructure program „Global Gateway“ is being discussed as a counterweight to China’s „Belt-and-Road Initiative“ (BRI).  The „Global Gateway“ strategy focuses in particular on the expansion of digital networks and infrastructures, which includes submarine fiber optic networks and space-based secure communications systems. Another focus is on energy connectivity to support the transition to a „green“ economy.

With regard to infrastructure, the aim is to create particularly safe, intelligent and, above all, sustainable transport networks, which relate to rail transport as well as roads, ports and airports. In addition, a special focus will be placed on healthcare. Here, the focus will be on local manufacturing through cooperation with partner countries and the EU’s Health Emergency Preparedness and Response Authority. „The education and research sector is mentioned as one of the most important areas, with a promise to advocate for high-quality (digital) education and greater cooperation with partner countries in research and innovation,“ Erik Simon adds. 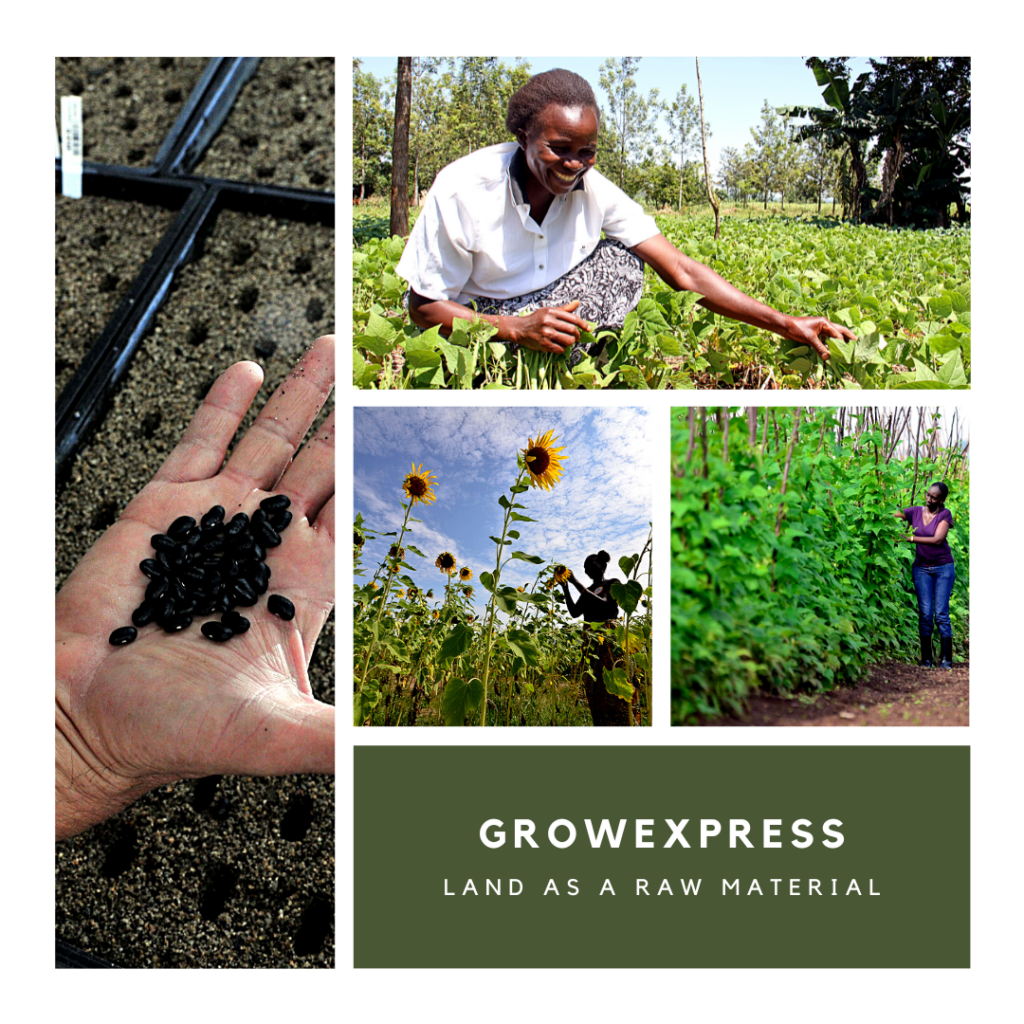 Thomas Wegener, a native of Berlin, is Founder of the Grow Express model settlement in Ibadan, Nigeria, has relied on partnerships and collaborations from the beginning, for the model estate entrusted to him. As a former decathlete, Thomas Wegener knows that perseverance in particular is a basic requirement for sustainable change on the African continent. His years of professional experience in numerous countries on the African continent confirm to him that investing in infrastructure, partnership strategies and social services, especially education and training, is the only way to create a sustainable future. „Nigeria’s tumultuous development through oil discoveries a few decades ago has not been good for domestic agriculture,“ says Thomas Wegener.

Africa’s largest economy, with 200 million people but 40 percent of the population at risk of poverty, is in Nigeria. More than 70 percent of the population is engaged in agriculture. „Despite its oil resources and being the most oil-rich country in Africa, the overall standard of living is poor, and the prospects of children in particular are considered very problematic. The GrowExpress project supports in small steps with help for self-help. Families already experience direct help through this project, learn, work, live and children go to school, thus breaking the cycle,“ says Thomas Wegener.

In the southern part of Nigeria, the focus is on agriculture, and in the north on livestock farming. The country is the largest producer of yams (food and medicinal plant) and cassava (manioc), and the fourth largest producer of cocoa. In 2015, the member states of the United Nations adopted the 2030 Agenda „Sustainable Development Goals“ with 17 goals for ending poverty and hunger. As part of German Financial Cooperation (FC), GTAI (German Trade & Invest) supports a number of different initiatives in Nigeria.

„Through the model settlement, GrowExpress Ltd. is committed to gently cleaning up these vast landscapes to return them to agriculture,“ explains Erik Simon, managing director of GrowExpress Ltd, adding that with the Global Gateway, change will happen in a big way. At the sixth EU-AU Summit in February 2022, the European Union and the African Union agreed on the Regional Investment Plan to support infrastructure development.

Presenting the project, EU Commission President Ursula von der Leyen stressed that it was known to all that Europe acted transparently, left no mountains of debt and did good governance when embarking on such a project. To support this project, Europe has the private sector on board, which does not exist in China, Ursula von der Leyen summarized, to underline that the ‚Global Gateway‘ project is a clear alternative to China’s ‚New Silk Road‘.

How will Africa and the EU benefit?

Since the turn of the millennium, Africa has been continuously supplied with loans from the People’s Republic of China, putting the continent deeply in debt to China. Rotimi Amaechi, Nigeria’s transport minister, announced in early 2022 that the Chinese were no longer financing Africa, and Africa has since been backlogged with many projects. Erik Simon points out that this means that major projects are no longer being started in some cases because there is simply not enough money. The well-known chronic financing gap related to African infrastructure construction is thus becoming more present again and could be closed at least to some extent by the US-initiated initiative ‚Build Back Better World‘ or also by the ‚Global Gateway‘ project of the European Union.

The EU-Africa Summit promised to address this issue on February 14, 2022. Any infrastructure projects in Africa are expected to mobilize 300 billion euros from government and private sources. „Western and especially German companies would also benefit from investment under the ‚Global Gateway‘ program, as in the past almost exclusively Chinese manufacturers have been used for construction materials and machinery, which could change,“ Simon adds. With the help of the ‚Global Gateway‘ project, Europe’s foreign policy weight is to be strengthened, thus putting the EU in competition with China’s ‚New Silk Road‘.

Global Gateway is an important step. What is needed is not only financial resources, but also a strategic approach, Thomas Wegener points out. Of course, a major project like this, which appears positive at first glance, also involves risks and international challenges. Among other things, when expanding power lines in developing countries, there is a risk that electricity prices will rise and that there may be potential competition for land. In addition, when the project was presented, it was specifically mentioned that the entire project was intended to counteract climate change and that renewable energy would be used. Left unmentioned is the fact that much of the new green energy will be exported from emerging countries to Europe, which will consequently contribute less to the green power supply of the respective countries.

Both the European Union and the United States reaffirm their commitment to the four guiding principles: Climate Neutrality, Good Governance and Transparency, Value-Based Investment, and Private Sector Cooperation.

Digitalization – one of the most important and prominent topics in the 21st century, but still elusive for many. Philipp Jonathan, student (industrial engineering) in Berlin and blogger. wagner-science.de he deals with the topics of nano- and quantum technology, digitalization and related technologies and the associated development from an engineering perspective. Further interests besides his studies are music production. For years Philipp Jonathan has been working as a music producer and observes the progress of the transformation as a continuous digital and automated development. You can reach us at abowi.com.

GrowExpress Ltd office is located in Nigeria, Cocoa House, Dugbe, 200263 Ibadan, one of the major industrial estates in Oyo State, Nigeria. GrowExpress Ltd. manages an agricultural estate of 800 hectares approximately 200 km north of the megacity of Lagos, Nigeria. GrowExpress stands for sustainability. By investing in the agricultural future with innovative production methods for maximum efficiency and yield increases. For more information, visit https://growexpress.org 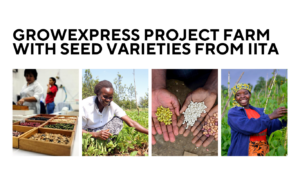 GrowExpress Ltd.: Experts from the seed bank IITA in Ibadan/Nigeria help with the selection of 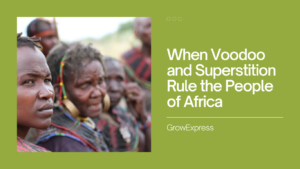 When Voodoo and Superstition Rule the People of Africa

Recent study on conspiracy ideologies in sub-Saharan Africa in the age of global capitalism, presented 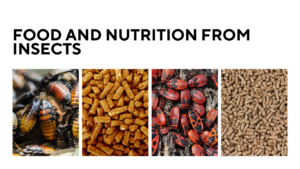 Food and nutrition from insects

Or how to reduce the ecological footprint easily? Discussion with Josefine Schulte, student from London